David Whitaker in an Exciting Adventure with Television 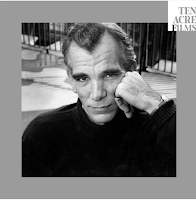 The lovely lot at Ten Acre Films have officially announced my forthcoming biography of David Whitaker, the original story editor of Doctor Who and a whole lot more besides.

David Whitaker in an Exciting Adventure with Television will be out in the second half of 2023. More details - a great wealth of more detail - to follow.

The book couldn't have happened without director Chris Chapman employing me as consultant and talking head on the documentary Looking for David, recently released on the Blu-ray collection of Doctor Who's second year of adventures.

I'm also grateful to the team at the official Doctor Who Magazine who've published some of my research into Whitaker and his world. And it all sprang from the research I did for my Black Archive book on The Evil of the Daleks, a 1967 Doctor Who story written by David Whitaker. My book on his 1964 story The Edge of Destruction for the same range will also be out later this year.