More days and evenings out

The publicity machine for The Scientific Secrets of Doctor Who does not sleep. I'll be at some more events over coming weeks:

The Music of Doctor Who 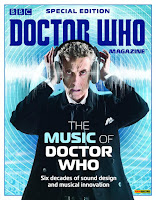 It boasts comprehensive features on the various theme tunes, the composers of the incidental music, songs and library recordings used in the show, and the music the show has inspired. There are lots of photographs of synthesisers.

I've written a short piece talking to three fans inspired by Doctor Who to compose their own music, and here are the four videos listed in my article.

2. Amanda Palmer marks Doctor Who's 50th anniversary by performing "Say Hello" with help from her husband Neil Gaiman (who wrote the episode that inspired the song) and Arthur Darvill (who played Rory in that episode):

4. Stephen Willis's latest production with the Doctor Who Fan Orchestra:

Me, m'colleague Dr Marek Kukula and our chum Samira Ahmed will be at the Science Museum late event on 26 August, which is free and rather good. As the blurb says:

Attention, big kids - join us at the Science Museum this Wednesday 26 August and step back into the wondrous world of childhood. Explore the scientific secrets of Doctor Who, uncover the meaning behind types of play and learn how the food your mum eats affects your tastes.

Come and enjoy our famous bubble show or make your very own mutant teddy at one of our interactive workshops. Plus, don't miss regular attractions including live music, the Punk Science comedy show and the best silent disco in town.

Mostly for my own convenience, here is my schedule for the Nine Worlds convention from tomorrow, all in County C&D:

Friday, 11:45 - 13:00
Doctor Who - The Doctor Changed Your Life: how did that happen?
What influence, large or trivial, has Doctor Who had on your life? Has it changed how you see the world; ignited new interests; made you unwisely stick with chemistry all the way through high school because you really wanted to be Liz Shaw when you were seventeen? What has your experience been of the fandom? What does being a fan of Doctor Who mean to you?
Panel: Simon Guerrier (mod), Amy, Sarah Groenewegen, Hamish Steele

Friday, 18:45 - 20:00
Doctor Who - Science! Why does it matter?
Doctor Who has often been described as a science-fantasy show rather than a science fiction one, but there's been many an attempt to get some proper science in there. Does getting the science right matter? Can we forgive the moon being a giant space dragon egg? Why doesn’t the Doctor call himself a scientist these days? Has the science, or lack of, in Doctor Who inspired or disappointed you?
Panel: Duncan Lawie (mod), Abigail Brady, Simon Guerrier, Marek Kukula

(At the same time, the Dr will be in Connaught A with the panel Historical Heroines: the women from history that we admire.)

Sunday, 10:00-11:15
The Books of Doctor Who: just how many are there anyway?
Over the past fifty years there've been a truly terrifying number of Doctor Who books published. From the Target novelisations of the classic series stories to the New Adventures of the nineties, the record-breaking Eighth Doctor Adventures, and the tie-ins of the New Series. What great stories can be found in Doctor Who books? How have the books influenced your views of Doctor Who?
Panel: Simon Guerrier (mod), Adam Christopher, Paul Cornell, Sarah Groenewegen

(At the same time, the Dr will be in County B on the panel Story Translation and Archaeological Museums: changing environments, changing audiences.)

Sunday, 11:45 - 13:00
Is History a Science? - the view from Doctor Who
In their book, The Scientific Secrets of Doctor Who, authors Simon Guerrier and Marek Kukula, Public Astronomer at the Royal Observatory, Greenwich, address this question, looking at how history functions in the world of Doctor Who. In conversation with Tony Keen, they will explore these issues further.
Panel: Simon Guerrier, Tony Keen, Marek Kukula
Posted by 0tralala at 12:22 pm No comments: 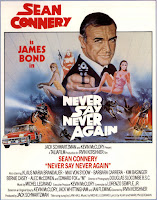 Last night, I was an interviewed guest on Radio 4's Front Row, talking about TV and films influenced by the nuclear bomb - it being 70 years this week since bombs were dropped on the Japanese cities Hiroshima and Nagasaki. Last night's Front Row is available on BBC iPlayer, and my bit starts at 10:56.

(The Radio 3 Sunday Feature documentary I produced, HG and the H-Bomb, is also still available on iPlayer.)
Posted by 0tralala at 11:33 am No comments: