"The Man With Two Brains" in the Lancet Psychiatry 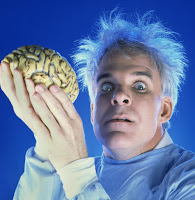 "Me and my brain" is a piece I've written about 1983 comedy The Man with Two Brains, and the history of brain transplants in fiction more generally, for the new issue of the Lancet Psychiatry (vol. 4, no. 12, December 2017). You need to be a subscriber to read the whole thing, but the Lancet website boasts the opening paragraph:


"The Man with Two Brains (1983), the classic comedy starring Steve Martin, is about a love triangle. Beautiful but wicked Dolores Benedict (Kathleen Turner) is hit by a car driven by neurosurgeon Michael Hfuhruhurr (Martin). He saves her life and falls for her but, once married, Dolores delights in tormenting him. Then Michael meets someone else. He has a lot in common with nice Anne Uumellmahaye (voiced by Sissy Spacek)—not least an unpronounceable surname. The only snag is that she's a brain in a jar."

And the Lancet Psychiatry tweeted the following tantalising excerpt:


"Despite the jokes, fun, and adventure, there's something deeply unsettling about the idea of brain and mind transplants. It plays on anxieties about the distinction between our physical body and our identity, and the linked fear of our bodies failing us through accident, illness, or decrepitude, redefining who we are. It speaks to anxieties about our own uniqueness and autonomy, and the threat of personal annihilation. And then there's the ongoing concern of how scientific and economic change threatens our personal control. It's ripe for further exploration, not just in research but in comedy and horror, because it's a subject best met with nervous laughter."

Grim's Dyke house in Doctor Who and other film and TV

Earlier this year, the Dr took me to stay at Grim's Dyke house – now a hotel – in Harrow Weald, which was used as a location in episodes 3, 4 and 5 of the 1967 Doctor Who story The Evil of the Daleks. What follows is an expanded version of material from my Black Archive book examining that story, plus photos from our visit...

It was production assistant Tim Combe who found the house. "I was living in Richmond when I got married in 1965," he told me. "But we were thinking of moving to north London, and I did quite a lot of looking round houses, going to estate agents and generally just driving around. I think I first saw it then."

The BBC's Written Archive Centre holds six production files for The Evil of the Daleks, and the first of these - file T5/2,531/1 - shows that Combe visited Grim's Dyke again on 6 April 1967 to check its potential for Doctor Who. That was also when he spotted the adjacent field used for the scenes of Kennedy snooping on the Doctor in episode 1; he learned who owned that field by asking in the local pub. On 7 April, Rae Pickthrone, an assistant in the BBC's television finance department, agreed a fee of £120 for the use of Grim's Dyke with Mr Sewell, the engineer and surveyor for the Borough of Harrow, covering the location filming that would take place at Grim's Dyke on 20, 24 and 25 April. 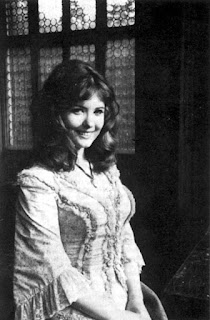 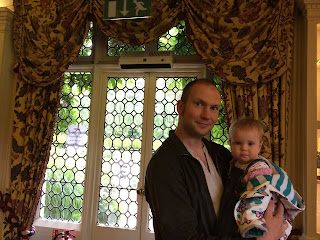 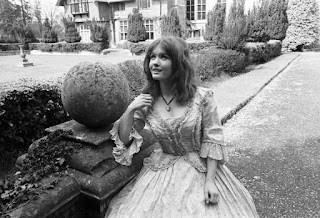 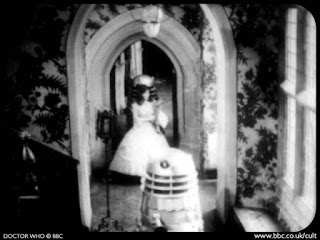 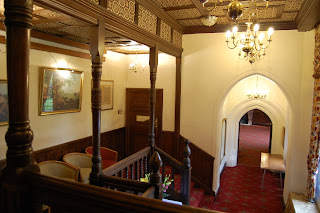 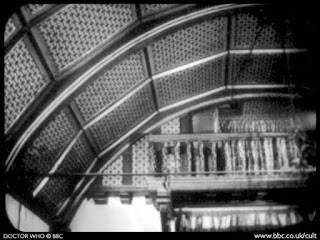 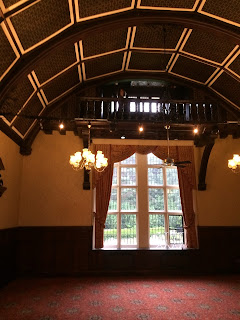 Grim's Dyke was built between 1870 and 1872, designed by architect Norman Shaw for the painter Frederick Goodall. Shaw had already made his name pioneering a particular style of old English house with a Gothic influence – evident in Grim's Dyke, especially in distinctive Gothic arches that can be seen in the photographs above.

After the Goodall family sold the house in 1880, it passed to the banker Robert Herriot and then to the librettist WS Gilbert – of Gilbert and Sullivan fame. He had a boating lake constructed there, in which he swam every day – and in which he died in 1911. His widow lived on at Grim's Dyke until her death in 1936, after which the house was put up for auction.

"Officially, whatever role the house played in the 2nd World War is classified, and not due for release until the 2040s," says the Grim's Dyke hotel website. So, fittingly for Doctor Who, it's a house of secrets. After the war, the house was used as a rehabilitation centre for men suffering from tuberculosis; that centre closed in 1963, and when Tim Combe arrived in 1967 the house was out of use.

That made it perfect for filming; the sources in what follows are IMDB unless otherwise listed. A year after the rehabilitation centre closed, young film-makers Kevin Brownlow and Andrew Mollo used Grim's Dyke as a location in their war film It Happened Here (1965), as detailed on Reel Streets.

In November 1965 it was used for the colour pilot episode of the adventure series The Saint, The Russian Prisoner, broadcast by ATV London and ATV Midlands in October 1966. The same series returned to the house for The Fiction Makers, filmed from the week of 20 May to the week of 17 June 1966 but not broadcast on TV until December 1968 (having failed to secure a release as a movie). [Source: p. 6 of Andrew Pixley's notes for The Saint: Original Soundtrack.]

A month after Doctor Who filmed at Grim's Dyke, The Champions used the house as a location in The Mission, filmed during the weeks of 24 and 31 May 1967 – the first of four episodes filmed there. A month later, during the week of 21 June, the same series filmed The Experiment with Grim's Dyke as one of the locations. In October, Grim's Dyke was used for The Body Snatchers and in January/February 1968, it was used in The Final Countdown. [Source: Michael Richardson's production notes for The Champions DVD, Network, 2006.] 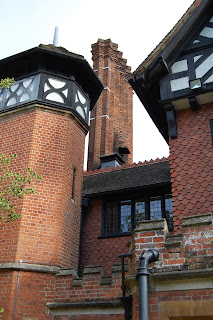 Filming began on The Curse of the Crimson Altar on 22 January 1968 [Source: Jonathan Rigby, English Gothic, p. 178.] It's thought that this was the last film that Boris Karloff worked on (though not the last to be released). "During some rain-soaked sequences [while filming at Grim's Dyke]. Karloff contracted pneumonia, which can hardly have helped alleviate the emphysema which, on 2 February 1969, would kill him. " [Rigby, p. 179.]

As well as horror films, Grim's Dyke appears in the Academy award winning drama The Prime of Miss Jean Brodie, which began filming on 29 April 1968.

On 13 June 1968, a 2nd unit crew from The Avengers shot material for the episode Game at Grim's Dyke. [Source: Michael Richardson's Bowler Hats and Kinky Boots, p. 660.] Also in June 1968, filming took place on But What a Sweet Little Room, an episode of Randall and Hopkirk (Deceased) and that series returned on 12 August to film material for You Can Always Find a Fall Guy.

From 21 October to 7 November 1968, filming took place on The Killing Bottle, an episode of Journey to the Unknown. The series Department S filmed a Grim's Dyke in April 1969 for the episode The Bones of Byrom Blain. [Source: Michael Richardson's production notes on the Department S DVD set.]

Another horror film, Cry of the Banshee filmed from 20 October 1969. The comedy Futtocks End seems to have been at Grim's Dyke later in the year. The murder mystery Endless Night began filming on 7 June 1971, the TV series The Adventurer began filming on The Case of the Poisoned Pawn in autumn 1972, and in November filming was conducted on K is for Killing, an episode of Thriller.

It's worth listing these productions because they almost all use the house in a very different way to Doctor Who. Most are set in the present, though Cry of the Banshee is set in Elizabethan England, The Blood Beast Terror in the 19th century, The Devil Rides Out in the 1920s and The Prime of Miss Jean Brodie in the 1930s. The house adds grandeur and elegance. Usually, it has been dressed and lit to appear at its best, but looking carefully we can see damage and wear: it's a faded grandeur, suggesting decay and decadence in the horror films, and in both The Prime of Miss Jean Brodie and Futtocks End that the past – its bricks and its values – struggles to survive in the modern world.

In Doctor Who, the state of the house suggests something ironic. Just as the first episode and half of The Evil of the Daleks has genuine antiques that are nevertheless brand new, something similar is going on with the house. As it appears in the story, it is old and decayed, but – given events are set in 1866 – it ought to be brand new... 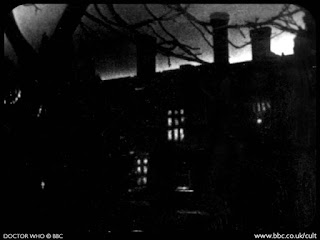 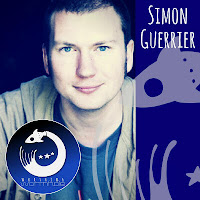 On Saturday, I'll be a guest at Worthing Wormhole, a sci-fi, fantasy and steampunk event starting at 10 am in the Assembly Hall, Worthing. I'll be talking about the science in Doctor Who and signing books.

Full details - and tickets - from the Worthing Wormhole website.
Posted by 0tralala at 9:14 am No comments:

The Essential Doctor Who - Time Travel 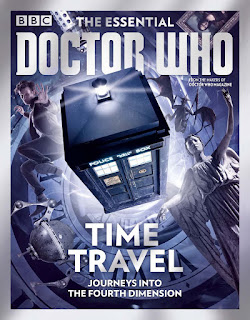 From my munificent masters at Doctor Who Magazine comes The Essential Doctor Who - Time Travel, available in shops and for download.

I've written five pieces for it:

THE AGONY OF PERPETUITY
Actor David Collings discusses how he utterly terrified me as a child as the alien Mawdryn in 1983 story Mawdryn Undead.

HOLMES ON HOLMES
Using archive interviews with the great Robert Holmes to explore 1985 story The Two Doctors - in his own words.

CREATING ANGELS
I journey to the church in Suffolk that inspired the Weeping Angels, first seen in 2007 story, Blink.

WE OUGHT TO BE DOING THINGS
When Doctor Who began it was impossible to alter the past - so what changed?
Posted by 0tralala at 2:38 pm No comments: