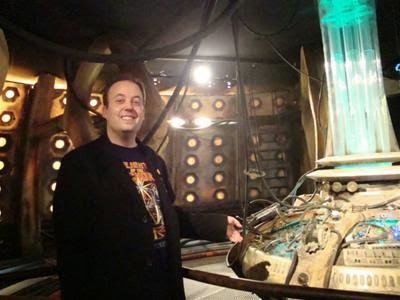 My friend Paul Spragg died on 8 May. His brother Nick and best friend Tom have written beautifully about what a lovely, funny, hard-working and magnificent fellow he was. It's not only desperately sad, it's just ridiculous that Paul is gone.

There's a justgiving page set up to donate money to the British Heart Foundation in Paul's name.
Posted by 0tralala at 11:47 am No comments:

The nice people at Sci-Fi London have announced the winners of this year's 48 hour challenges to make films and tell stories.

For each competition, entrants had 48 hours to entirely create an original work based on stuff we gave them on the morning of Saturday 12 April: the title, a line of dialogue, a prop or action, and an optional science theme or idea (created by readers of New Scientist).

As you may remember, two years ago, Brother Tom, I and a gang of handsome desperadoes threw our all into the 48-hour film challenge. Read of our adventures making Revealing Diary.

This year, I was one of the three judges on the "flash fiction" short story competition, helping Charles Christian and Robert Grant whittle the entries down to one winner and two runners up:

Congratulations to Erin, Bisha and Glen, and well done to everyone who took part. You can also watch the winning storytelling film and short films here:

The two runners-up in the film-making contest were Back Issue by the Creepy Guys:

And Life External by Bokeh: