As part of my Astronomy GCSE course (which I did 2010-11 at the Royal Observatory, Greenwich), I took some photographs of celestial objects for my coursework.

I used the National Schools' Observatory's Liverpool Telescope on La Palma, using the website to tell it what to look at. I then used image editing software to make the most of the pictures. I had to write a full account of my efforts and an analysis of the images. (And I got an A*, so ner.)

Here are the pics and a few brief notes. 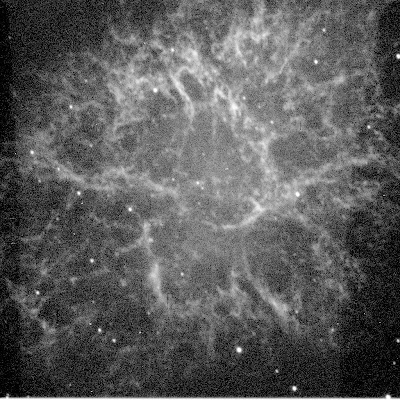 Here's the Crab nebula - or M1 in Messier's catalogue. It's an exploded star, and Chinese astronomers reported seeing the supernova in 1054 AD. At it's heart there's a small, very dense neutron star. I thought the tendrils of gas looked a bit like the insides of a heart. 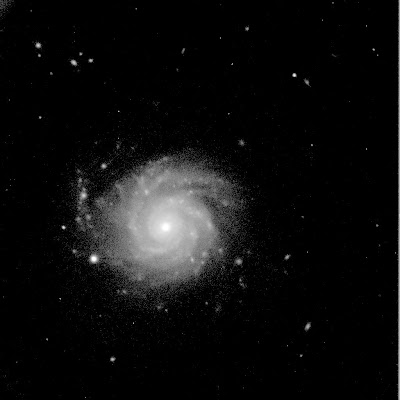 The galaxy NGC 2776 is a lot less famous - or studied - than M1. It's a spiral galaxy in the constellation of Lynx, which appears disc-on to us. 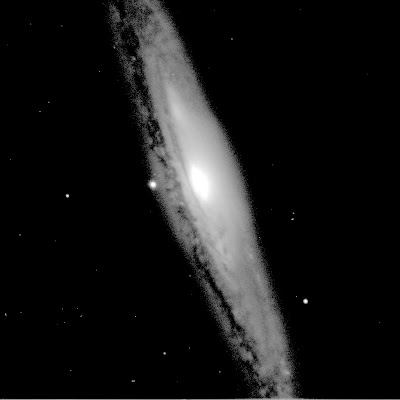 NGC 4216 is another spiral galaxy, but this time edge-on to us, giving a better sense of the bulge in the middle (containing a super-massive black hole). The dark bits round the edge are probably dust obscuring the stars. NGC 4216 is in the Virgo Cluster.

I have nothing clever to say but I like this.

Omg, you.ve like saved my entire astronomy GCSE. You amazing person. I love you for ever (no homo)!!!!

Er, I don't think my pictures would do your coursework much good.