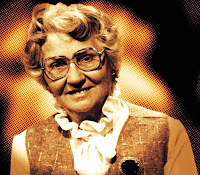 There's been a fair amount of press coverage of the documentary, too. We were mentioned on the cover of Radio Times, which also described the doc as "exceptional" (see below), and there were write-ups in BBC History Magazine, the Daily Express, Guardian, Herald, Daily Mail, Mail on Sunday, Daily Telegraph, Times, Sunday Times, and Total TV Guide.

Generally, responses have been positive. Mary Whitehouse remains a controversial figure and there are those appalled we made the programme at all and refuse to listen (which is ironic, given what we cover in the documentary). There are those who did listen and still think we're wrong - some because we were too lenient, some because we were too harsh. 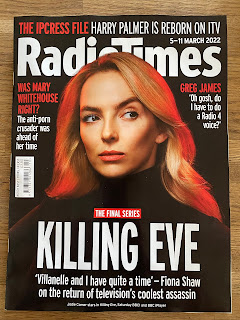 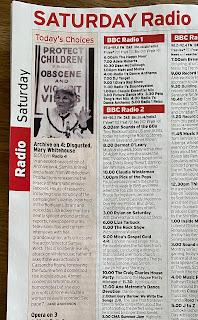