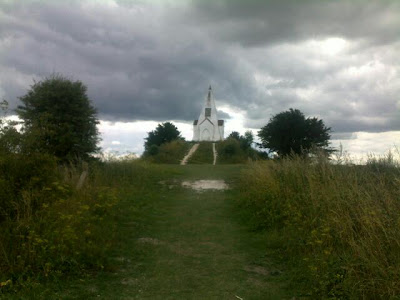 Spent the weekend at the parents' and on Sunday morning my mum took me to Farley Mount. I've not been there since my early teens, but once it was a regular haunt. My brothers and I would climb the trees, chase the dog and lose frisbees. That might not be of any interest to you, but it's still a weirdly cool place. 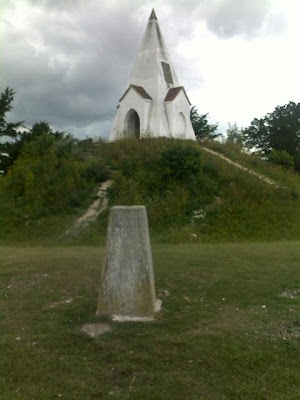 I also remember the Ordnance Survey trigpoint pillar being the Master's TARDIS, landed in front of the Dark Tower. I vividly remember scrabbling up the side of that pillar to be king of the castle and to annoy my younger brother. I remember reaching up to the top of the pillar, which is now not much higher than my waist. 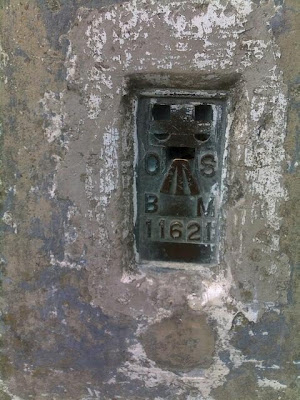 The place did seem strangely smaller than I remembered and the short walk from the car park had once been an epic trek. But also I'd forgotten - or never noticed - that it was in an enclosed area, so a safe place for kids to gambol about. Mum also pointed out something I'd always been too short to see. On a clear day you can look out across the fields and spy the Isle of Wight. (I didn't take a photo of that, sorry.) 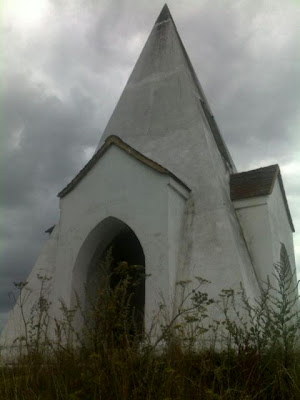 We let the other visitors leave before clambering up the short slope to the thing itself. They've cut down the trees that I used to climb in, but the graffiti was as I remembered. 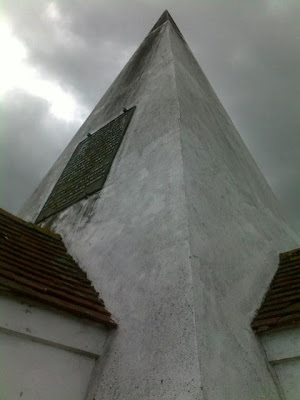 It's a weird structure, perched up on a hill and can be seen for miles. I really want to walk the 24-mile Clarendon Way sometime, the ancient road connecting the Roman towns of Winchester and Old Sarum. (The Normans rebuilt the town of Sarum, then found the Roman earthworks too small for their needs so moved to a new site - New Sarum, or Salisbury.) Hoping to do that this autumn.

But what, you're asking, is this weird monument for? 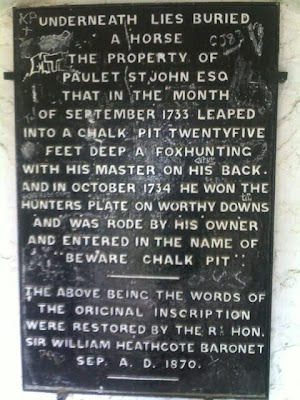 tis also the climactic scene for Diamond Minds. With a lot of fisticuffs off the pyramid, down the slope, some karate kicks and finally the hero bashing the villains brains against the smaller whatsit.

WHAT? And you've never told me this before!?! I need to see this movie. But the internet seems never to have heard of it.

and with no help from the UKFC! Tusk tusk!

though lots of support from KFC... hmmmm

Do you still have a copy, though? I NEED TO SEE IT.

its at Mum and Dads somehwere. Will have a look.

It even has motorbike chase! and an exploding car!

Can we have a screening? I want to see it too.

See, Moose - your public DEMANDS it.

Somehow reminds me of photos taken by the Ohio Exploration Society ...