The Library of St John the Birthdayed 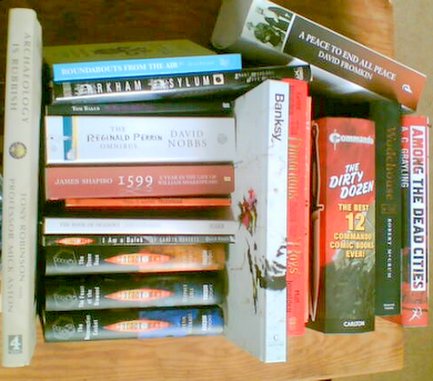 Some of my more bookish correspondents complain that I did not include full details of the volumes received on Saturday. Having counted again, I also realise there are 20 of the blighters - and that's not including the collected "Gifted" which my boss Joe sent just because he's so nice.

So, in alphabetical order: 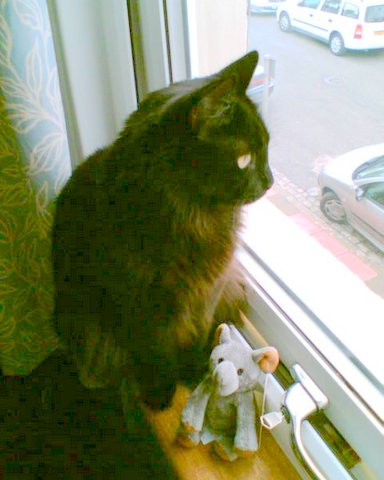 So all in all I shall be busy for the next few weeks. Have yet to attempt the making of bread or afixing my shiny new monitor. Been a bit caught up with other pressing bits of work.

Oh, and Millennium asks (on his Day MM), after pictures of me looking... sleepy, that I look after Minimum.

Too late! The little fellow has been claimed for the Beast.