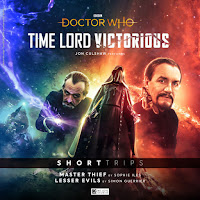 Big Finish have announced Lesser Evils, a short audio story written by me and performed by Jon Culshaw, which will be released for download in October. The artwork, right, is by the amazing Anthony Lamb.


"The Kotturuh have arrived on the planet Alexis to distribute the gift of the death to its inhabitants. The only person standing in their way is a renegade Time Lord, who has sworn to protect the locals. A Time Lord called the Master..."

The release is paired with Master Thief by Sophie Iles, who had to suffer me as editor, and it's all part of the Time Lord Victorious cross-platform extravaganza wossname.

The Short Trips range gave me my first professional gigs as a writer of fiction, way back in 2002. Here's a list of my previous Short Trips stories. My very first one, The Switching, also features the Master and is being included in the special edition Masterful in January 2021. 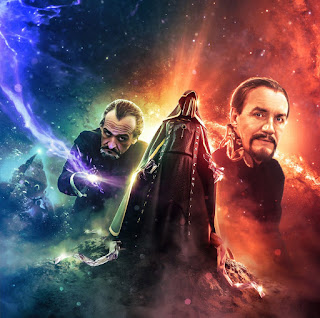