The Moon - A celebration of our celestial neighbour 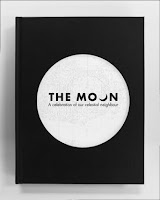 I've an essay in The Moon - A celebration of our celestial neighbour, a new book edited by Melanie Vandenbrouck.

In July it will be 50 years since the first crewed landing on the Moon and this book accompanies the forthcoming major exhibition at Royal Museums Greenwich - where I did my GCSE in astronomy all those years ago. Full blurb as follows:


Official publication for the Royal Museums Greenwich major exhibition The Moon, marking the 50th anniversary of Neil Armstrong’s ‘small step’, with the Apollo 11 Moon landing. Written by the Royal Observatory’s leading astronomers and moon experts, this landmark work explores humankind’s fascination with our only natural satellite.

Highly illustrated with 180 fascinating colour and black and white photographs this book is a treasure trove for all amateur and professional Moon watchers.

Learn how we started to observe the Moon, how we used it to mark time and navigate, how lunar lore developed across the world, how the Chinese developed calendars and predicted eclipses. See how the Moon has influenced African art, and also acted as a muse for artists in other parts of the world in a variety of media.

Once the telescope was invented the Moon was observed, drawn and mapped and highly detailed artworks were also created. When photography came along the Moon was an early target until we eventually landed on the Moon surface in July 1969, 50 years ago. Today we can process images of the Moon to show it in extraordinary colour.

We have travelled to the Moon in stories for a long time, using fantastical machines and strange substances. When film arrived we transferred the stories to that medium and the space race was on long before we ever made it in person.

Nevertheless, we have satarized our satellite, we have reported fantastical events in our newspapers and artists have used it as a subject in many different styles of artwork. The Moon and space programmes have also influenced fashion, toys and culture.

Scientists have investigated what it is made of, how its craters were formed and its origin and great steps have been taken since the Moon landings. Meantime in cinema and television Moon topics continue to appear. Poets have long been influenced by it and this continues today, science fiction is still flourishing. Artists also continue to use new media such as video and others have created a series of works. The Moon has not escaped geopolitics with various treaties being signed in relation to space debris.