A few hundred yards from where I live, in a gap between the terraced houses there's a children's playground. It's a regular haunt of the Lord of Chaos, and I'd vaguely wondered if the gap between the houses might have been the result of a bomb in the Second World War.

Recently, the Dr's researches on something else meant she stumbled on the fact that yes, that gap was the result of a V-2 rocket. In fact, our part of South London was especially badly hit by the Nazi vengeance weapons, the direct result of British Intelligence sacrificing my neighbourhood to save central London. They did this by convincing the Nazis that their bombs fell far north of the capital so the aim needed correcting.

I think of the people who lived in the streets around me now, and those who lived in the house where I'm typing this, in a room with a view of a garden that still contains a brick shelter. 70 years ago on VE Day, on the street where my son's playground now is, they hanged an effigy of Hitler. I can't blame them.

Of course, the V-2 later took people to the Moon - as I was surprised to find NASA discussing quite openly when I visited Cape Canaveral in 2009.


"Our guide was nicely open about the origins of American rocketry, showing us a rare example of a V2 engine while explaining what rockets like that had done to south London. He himself raised the dubious morality in pardoning the former Nazi Werhner von Braun; again, this wasn’t the kind of corporate history I’d quite expected. NASA seemed keen to challenge their own history, to ask the difficult questions."

Today, the Dr took the Lord of Chaos to the RAF Museum at Colindale, and thought to snap me these pictures. 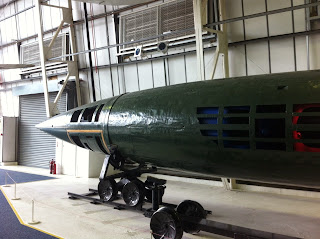 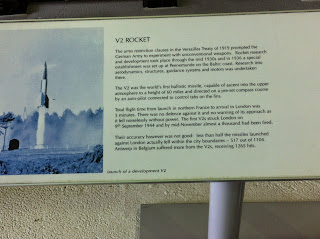 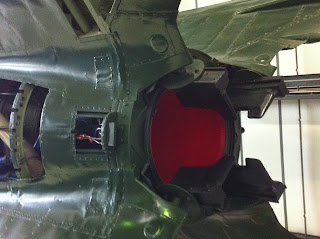 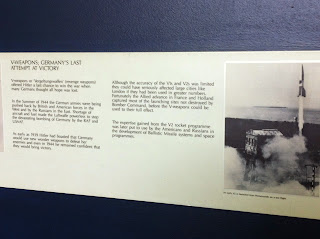 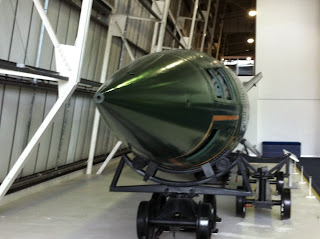 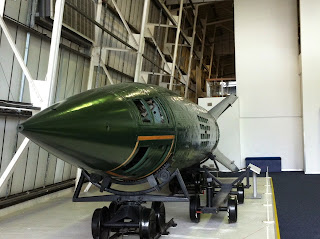