Said M.’s txt yesterday afternoon. I was at work and there seemed to be no context, no sense and no relevance to it. M.’s message was a bit out of nowhere too. So I rang to let her know she’d sent someone else’s text to me, and generally just to holler “Hullo”.

“We’re still at the hospital,” says M. I explain I’ve not had whatever message she PS’d to, and why doesn’t she start at the beginning.

“Well. She’s fractured a toe. Really don’t laugh. She was doing the hoovering and a Greek statue fell on her.” 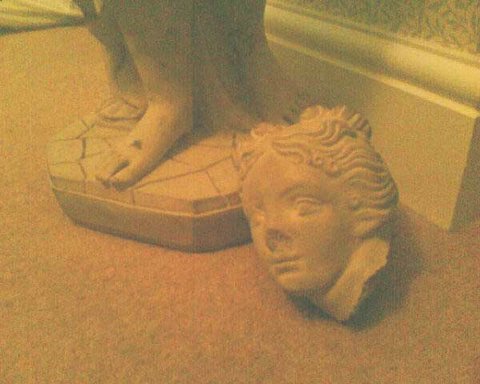 The statue now looks even more authentic, which was why M. wanted the glue.

Ho hum. The hospital took down her title (as well as her name), and thereafter assumed she was medical. Poor girl had to explain that no, she’s only qualified in old bits of carved stone and how to manage them. Not sure they believed her. 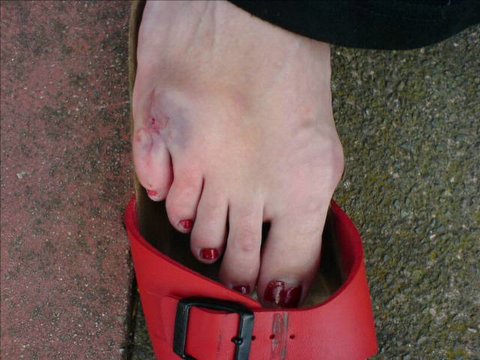 She’s fine, but frustrated that she needs someone to run around after her. I had to cook the risotto for H. and P. – who came for dinner despite the injury, and helped with the medicinal wine.

The Dr has also had to miss the conference she was meant to be speaking at, and I won’t be out with boys this evening. Got plenty of work to do anyway. 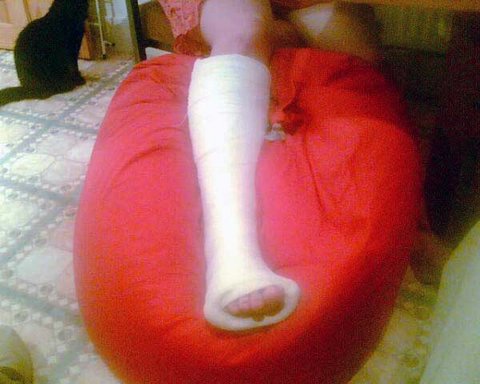 Had her watch the first half of Dr Zhivago while I did the washing up, and she now needs me to flip the disc over for part two. And then tonight, Dr Who.

On the plus side, dropping in the 'Doctor' title does sometimes lend itself to upgrades in hotels and good seats for some events. Although on the down side sometimes people then chase you when someone needs a medical doctor and not one of those 'book doctors'.

Not that we ever drop in 'doctor' to a conversation when booking things...

Ouch! Poor Dr... Get well soon. (And I'm sure you'll be thanked for posting those pictures.)