The Story of Doctor Who 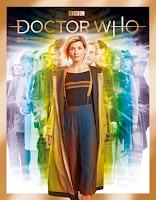 The nice people at Doctor Who Magazine have published The Story of Doctor Who, a shiny, comprehensive guide to the 55-year history of the series. It's perfect for those joining or returning to Doctor Who with Jodie Whittaker's Doctor - and has plenty to delight those of us who think they know it all backwards.

I've written the pieces on the Second, Fourth, Sixth and Twelfth Doctors, and dug out all sorts of stuff that was new to me. In fact, quite a lot of my work right now is looking for new things to say about Doctor Who, with a lot of dogged detective work to make sense of conflicting accounts of how particular bits of the series were made. 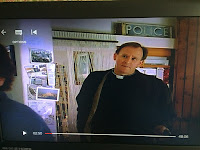 My knowing-it-backwards has also informed my watching of Jonathan Creek, which I never really saw when it was on in the 1990s but we're enjoying now on Netflix. The major revelation is how much it owes to Sherlock Holmes, which I'll write something about another time. But the Sixth Doctor is the first person killed in the series; in the first episode of the second series (produced by Verity Lambert), the Fifth Doctor walks under a broken-off piece off the TARDIS. Then, in episode 2.5, when the police arrest Alistair Petrie they also confiscate his VHS of Doctor Who and the Two Doctors. 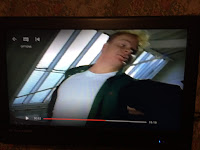 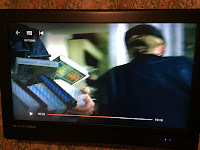 (That Doctor Who story saw Patrick Troughton return as the Second Doctor, accompanied by Frazer Hines as his companion Jamie McCrimmon. A couple of years ago, I wrote an audio Doctor Who story, The Outliers in which Frazer played Jamie and also recreated Troughton's Doctor, both of them battling a smooth management consultant in space, played by Alistair Petrie.)

Anyway. I am giddy with excitement about new Doctor Who tomorrow. Amid all the flurry of promotion going on, I recommend catching up with this morning's Saturday Live, in which Richard Cole quizzed m'colleague Christel Dee. She talks candidly about growing up in care, how Doctor Who helped her to come out as gay, and her obsession with Ace. I'm a big fan of Saturday Live and a bit thrilled to have got a mention.

Have I mentioned that we wrote a book?
Posted by 0tralala at 10:18 am