The Founding Fathers and The Locked Room 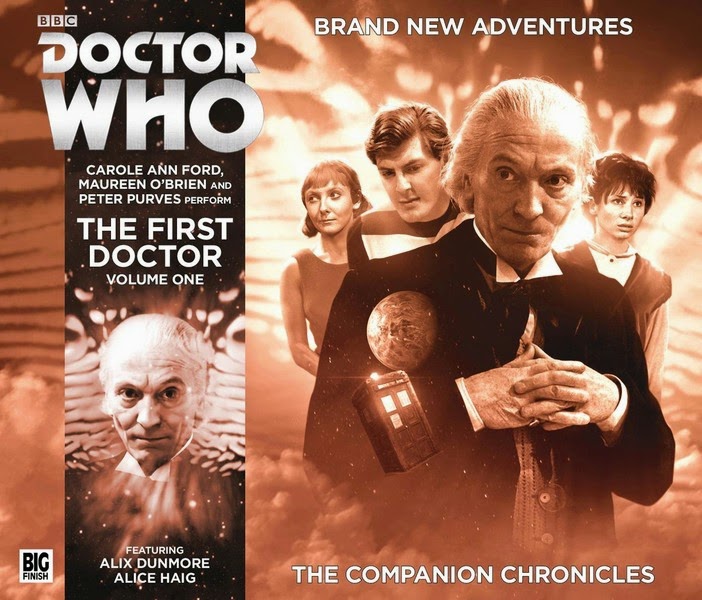 Those luminous persons at Big Finish have announced the contents of The First Doctor box-set out in June, what has some scribbling by me:


"Big Finish are delighted to name the four new stories being released in June in the Doctor Who - The First Doctor Companion Chronicles Box Set:

The Sleeping Blood by Martin Day
When the Doctor falls ill, Susan is forced to leave the safety of the TARDIS behind. Exploring a disused research centre in search of medical supplies, she becomes embroiled in the deadly plans of a terrorist holding an entire world to ransom – and the soldier sent to stop him.

The Unwinding World by Ian Potter
Office life is tough, the commute is a grind, nothing works quite as well as you’d like. Vicki seems to remember things being better once, before the little flat. It’s time she put some excitement back in her life. It’s just a shame the Doctor can’t help.

The Founding Fathers by Simon Guerrier
The TARDIS lands in Leicester Square in the summer of 1762. When the Doctor, Steven and Vicki find themselves locked out of the TARDIS, only one man can possibly help them. But the American, Benjamin Franklin, has problems of his own…

The Locked Room by Simon Guerrier
Steven Taylor left the Doctor and the TARDIS to become king of an alien world. But it’s now many years since he gave up the throne and went to live in a cell in the mountains, out of sight of his people. He’s not escaping his past – quite the opposite, in fact. As his granddaughter, Sida, is about to discover…

Doctor Who - The First Doctor Companion Chronicles Box Set is released in June on CD and Download, and until July 1st is at a pre-order price of £20 on CD and £15 on Download. It’s part of the epic and much-loved Doctor Who - The Companion Chronicles range from Big Finish, which can be Subscribed to for savings across buying the titles separately.

Bar the first four stories, all the Companion Chronicles are available on both CD and Download, and exclusive to the Big Finish site, a CD purchase will provide access to a Download in your account too!"
Posted by 0tralala at 11:12 am