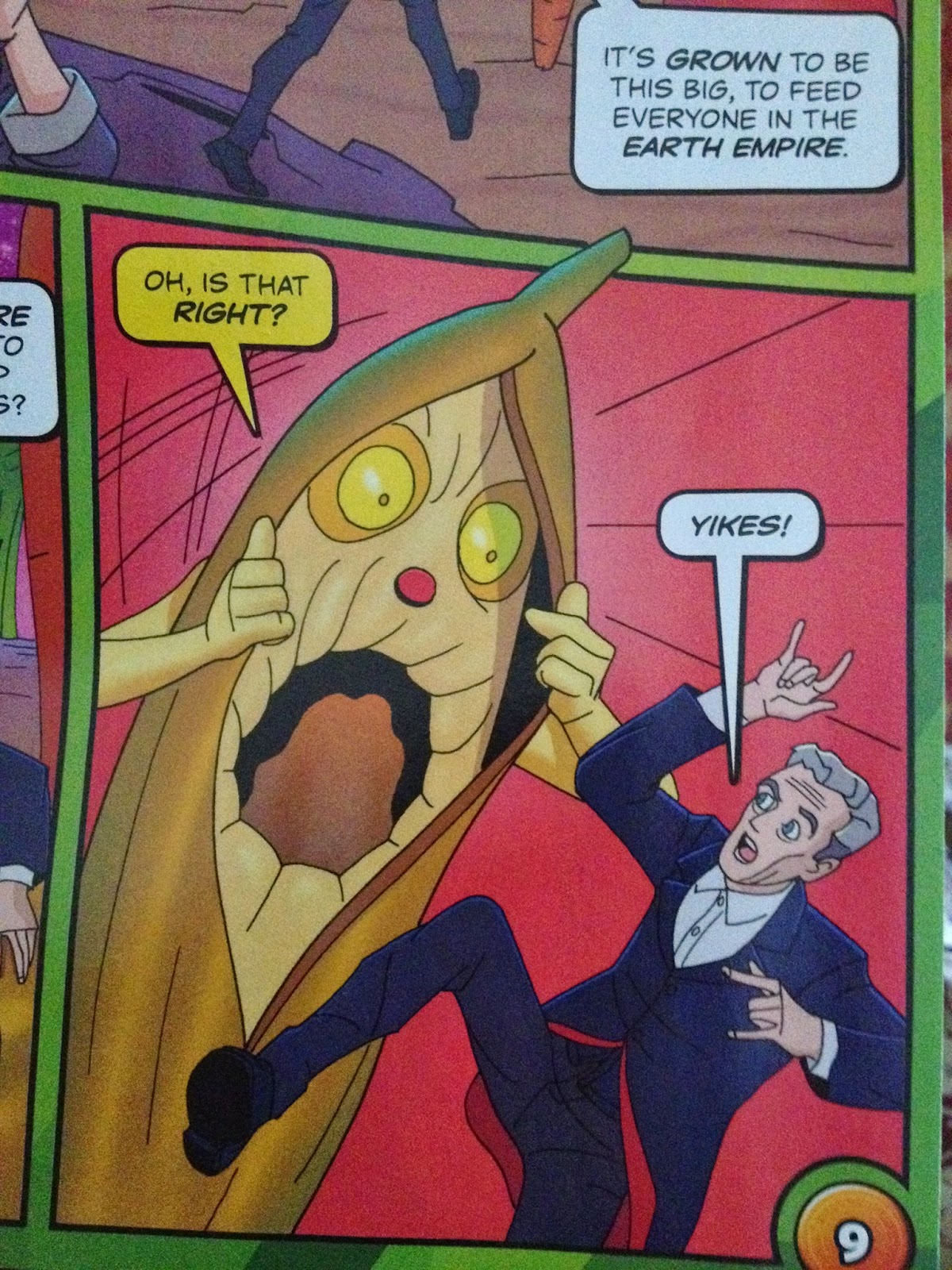 The new issue of Doctor Who Adventures features a four-page comic strip written by me. In "Five A Day", the 12th Doctor and Clara battle giant bananas on the alien world Luna Schlosser*. Even by my usual standards, it is silly.

As ever, the art is by John Ross with colour by Alan Craddock, and the editor was Moray Laing. Issue #362 of DWA is in shops now.

* Luna Schlosser is, of course, also the name of Diane Keaton's character in the magnificent Sleeper (1973). It's just possible I was, ahem, inspired by one particular scene.
Posted by 0tralala at 3:25 pm