Since they were building the place 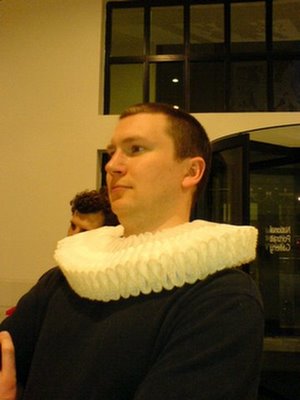 Went for drinkies at the Dr's work on Monday to celebrate 150 years of the Dr's work. Well, not her's specifically, but as an institution.

Mingled with celebs, chums, colleagues and former colleagues, and drank too much of the free vino. Also seemed to swallow a plate. 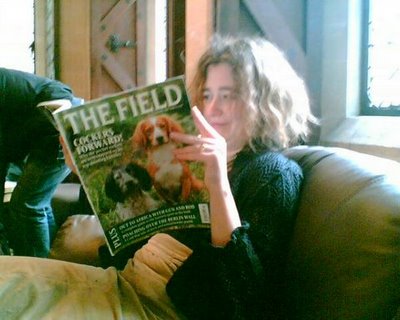 Then, yesterday being our wedding anniversary, we dared subsidence and miserable weather to go see Arundel Castle. It's a bit damn top as castles go, with enough of the original fortifications to keep me happy (and, er, it's another genuine Dr Who location*), and lots of emancipated-Catholic Victoriana for the Dr. She went a bit class-traitor over tea, though, and will consider a spaniel should we ever have a garden.

The Pugin-designed bits of the castle lodgings are very reminiscent of bits inside the Palace of Westminster, but lighter and airier, and with more room for kids to run round. The very helpful and knowledgeable staff were able to answer the Dr's various questions about which bits had been nicked from Venice and who the paintings were by, and I had a chat with a nice lady about how difficult the different medieval weapons were to use. She told a nice story about some visiting toxophiles, and a three-year-old boy who could shoot in a longbow while still having a dummy in his mouth.

Got entirely soaked heading home, but curled up in front of some romantic goth movies (Edward Scissorhands and Belle et le Bette) and had booze. Naw.

* Well, genuine in so far as it is doubling for Windsor, because you can only film factual documentaries there.